Teaser to get you started.  Who is Big Business?


Who is Big Business ?
Several things about big business will alter our perception of business and the economy in our century.  These changes will eventually reveal that private ownership of business (big, medium or small) is a fair distribution of earnings and a better source of new ideas.  More importantly, we need these new ideas to solve our energy supply crisis.  First, who are the “rich” stockholders of big business, but you and I?  Ok, we’re not rich yet, but who is big business?   In the past businesses were owned and managed by a select few nobles.  The limited scale of manufacturing, the fact that most of the work was physical and the limited access to capital, encouraged ownership and management by a select few.  Therefore, those old socialists argued that only a few profited in a lucrative way.  The old socialist proposed that they would be more ethical and run the business smarter, and control the capital for the benefit of the workers.  But, Ronald Reagan once said "All systems are capitalist. It's just a matter of who owns and controls the capital -- ancient king, dictator, or private individual. We should properly be looking at the contrast between a free market system where individuals have the right to live like kings if they have the ability to earn that right and Government control of the market system such as we find today in socialist nations”.   Today in contrast to the old socialist claims, we are the employees, the investors, the directors and the beneficiaries of the businesses.  We have in a real measure, achieved the goal of having society own the mechanisms of industry.  Big business is not some faceless noble person off in a large building pulling the levers of industry. 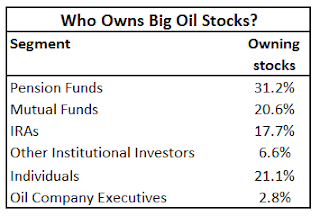 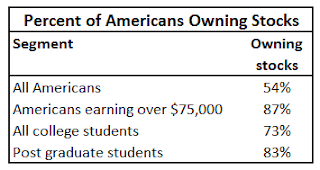